The Tales of Old Man Zackary: Safe at Last 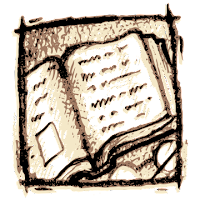 This story is to help people see through the eyes of another. Let me know what you think.

Twilight was nearing; the birds’ chirps and chatters could be heard on the wind. His rocking chair creaked as he sat that fine Saturday evening. The children in the neighborhood were accustomed to hearing his stories every Saturday - it was a tradition from before anyone could remember. The gentleman’s age was undisclosed…even to himself. You see, he came from a place where birthdays were forgotten and papers were forever lost.

They sat around his ankles that night and found him very sad. “What’s wrong?” a couple of the children asked. “Today is a day like no other…this is a day that has haunted me for over 50 years…”

“What happened 50 years ago” Samantha, a girl with cute curly short black hair asked. Several of the children hardly could grasp the reality of 50 year passing, much less something important happening that long ago. His voice trailed off…

Delicate as a flower barely blooming after the showers in the month of April, there was a child that sat cradled in her mother’s arms. The lights above were unbelievably bright and with each detonation of color followed a thunderous noise that threatened her very existence, or so she thought. She was afraid and did not understand why her mother was not. Her name was Sophie.

It was dark and all around people came to watch. Little Sophie wondered why no one was running. As her heart raced little did she know that a child millions of miles away, fell in pace with her raging heart.

A child like Sophie, hardly pushing 3 years of age, Maryam, was bound in her mother’s embrace. She too was searching for security and solace. The only difference was that this child’s mother was trembling for fear of not her own life, but that of her daughter’s.

The bombs thundered over-head and lights flashed. The ground rumbled and almost rolled from the proximity of each of the falling shells. No electricity, no clean running water for months, only the echo of the bombs unmerciful toll on the people and the land.

In both worlds all was quiet - all was hushed…

Hiding in a small, dark, damp niche between the destroyed shelters, once called home, Maryam and her mother were deep in one another’s embrace. As the footsteps neared her mother kissed her baby girl’s forehead and the words “La illaha illa Allah” [there is no God but God] sweetly escaped the beautiful mother’s rose-touched lips – the gentle child softly replied “Muhammad Rasool Allah” [Muhammad is His final Prophet and Messenger]…two gun shots were fired…safe at last…all was dark…all was silent…

The sky became still and the smoke cleared…laughter and clapping could be heard and the Little Sophie got picked up and taken home, safe at last.

“After coming to America, I sat at on an old rickety boat, ‘The Emancipator’ they called it. I wanted to learn about the people of this new country. So I picked up an old outdated newspaper and began reading the stories of the people of this land. Sophie’s story was merely an editorial about a fireworks show that happened to take place on the same day that Maryam and her mother were killed. “That woman and child were my only family left on Earth. The woman was my wife and the little girl was my little Maryam.”


“So you see my children…Home can never be home if there is no one there to make it so…it cannot be home if someone else has taken it away.” As he looked on he said, “Unfortunately, and to no avail the pleas against oppression fall upon deaf ears and blind eyes - eyes and ears that will never hear or see until the green paper blindfold is lifted off of them.”

A tear slowly glided from the old man’s eye onto his cheek as he got up to leave. Sweetly smiling to the children he sorrowfully said, “Next week I promise a happier story”, as he crossed his front porch into his house.

In devoted and never-ending dedication to all those lost to the tragedies past, present and impending with each passing of the second in the Occupied Land of Palestine. A world where children tremble at the slightest movement of a clock, a clock that froze ticking in place some 50 years ago.