Don't Fire Muslims for Being Muslim - A Change.Org Petition against Whole Foods 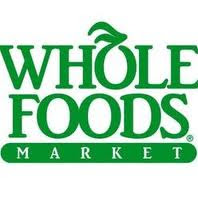 When I think of Whole Foods, I think of openness and progressive values. That's exactly what Glenn Mack, Jr. thought when he applied there for employment. But everything changed once his supervisor learned he practiced the Muslim faith.

In 2008, Glenn Mack, Jr. was hired at a Whole Foods and quickly ascended as an employee, earning accolades from employee of the quarter to a special meeting with CEO and founder John Mackey. In November of 2009, Mr. Mack was recruited to the Philadelphia, PA store located in the trendy art museum district. In August 2010, Glenn submitted a request, well in advance, to take 3 weeks off for vacation in November. His request was approved without issue. As November approached, his immediate supervisor asked where he was going. Glenn said he had been saving up to travel to the holy city of Mecca in order to perform the Muslim pilgrimage, a once in a lifetime opportunity. His supervisor was shocked to learn he was a Muslim and bluntly said he may not have his job when he came back.

In February of 2011, Glenn received a phone call saying he was terminated from employment for alleged absenteeism, the first time he was ever told of an absentee issue.

Now, despite nationwide media attention [http://articles.cnn.com/2011-11-08/us/us_pennsylvania-muslim-fired_1_american-islamic-relations-hajj-muslim?_s=PM:US], I am shocked to see Whole Foods is denying the incident altogether and putting up legal road blocks to Glenn's case. Furthermore, while Glenn has been applying to other jobs, he is about to get evicted from his apartment and has already lost his car.

I will not be shopping at Whole Foods until the company repudiates this act of discrimination, and I will ask my friends to do the same. An open, progressive image must not be a marketing ploy, but a set of values that are upheld. I demand that Whole Foods reinstate Glenn Mack, Jr., immediately, and compensate him for any lost wages which resulted from the company’s unlawful and discriminatory conduct.

October 13, 2020
Here at Just Ask A Muslim, we like to give voices to our youth.  We want to make sure that they get the chance to express themselves in safe spaces. The digital art below is by Sabah Waheed, a friend of  one of our girls from youth group.  Please join us in letting her know how appreciated her work is.  Keep up the great work Sabah! Thanks for your contribution.   If your Muslim child has a talent for art or writing and would like to contribute, please send us a message and we will be in touch! -Just Ask A Muslim Crew
Post a Comment
Read more

October 02, 2018
"Verily, with Hardship comes Ease." (Quran 94:6) As I listen to the news everyday, I realize more and more the true colors of our Nation. I'm not talking about the ugly colors we see on the news, I'm talking about the beautiful colors we are as a people.  America is full of diversity and beauty.  We are better than all of the riff-raff in Washington right now. The more horrible things pop up in front of the us, the more good people are taking a stance to say that this is not going to be our new norm.  Trump's America is not Our America.  I am sure that there will be ease at the end of this insanity.  I don't think that things will ever be the same as pre-Trump, but I am sure that it will be better.  Trump has destroyed a lot of things in his path, but he has unintentionally done one thing, he has united us as a people.  Through his attacks on all things diverse, we as an American people, have stood up to say that this is what makes America beautifu
1 comment
Read more

October 11, 2020
It has been a harrowing 1360 days, 13 hours and 20 minutes since Donald J. Trump became the "President" of the United States.  It has been difficult for anyone that believes in good and promotes it. It has been hard for a lot of us.  It is time to make a change and vote!  Two hundred and forty-four years cannot go down the drain in 4 years of one person's supposed reign of our country.  It is the responsibility of each and every one of us to VOTE HIM OUT and into PRISON. Two hundred and fourteen thousand  Americans are gone today due to his negligence with the Covid-19 virus that he keeps making light of.  There are still families being torn apart on our southern border, but that story is old, right? He shocks us every.single.day. with new horrific things he's said, done or tweeted.  We are just a cast in his reality TV show.  Times up Donald, we're not playing this game anymore.
Post a Comment
Read more

September 04, 2017
This weekend marks my 25 th year of wearing hijab.   This year has brought on a lot of challenges in terms of holding tight to what we believe in.   There have been too many stories to mention or to force my mind to conjure up.   I am here to celebrate my loving affection to my hijab. My daughter is 12. She started to wear her hijab when she was 11. She asked to start when she was 6 or 7, but I wanted her to start because she really understood the meaning of wearing this crown of Islam.   I did not want her to start out of imitation of me or anyone else.    As times move toward extremely scary, I would be lying if I said I was not scared for her.   Thankfully, we can have more than one emotion course through us at any given time.   I have a lot of hope and when I can talk to myself enough, belief that we will definitely be ok.   I can’t live my life in fear of being who I was born to be.   I can’t live my life thinking that my family and I will be accepted any more or any le
Post a Comment
Read more

An America without Muslims?