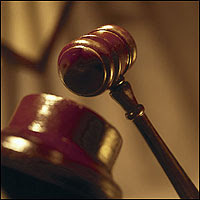 In the Name of Allah, Most Gracious, Most Merciful
[ 37 Days on Hunger Strike for Justice ]
Dr. Sami Al-Arian Issues Statement to Noble Peace Center
WASHINGTON, DC - Feb. 27, 2007 (MASNET) During the week of February 18, Dr. Sami Al-Arian's family visited Oslo, Norway to attend the premiere of "USA vs. Al-Arian," a critically-acclaimed documentary about Dr. Al-Arian's case. On the second night of the week-long trip, Amnesty International-Norway held a special screening of the film, followed by a reception at the Nobel Peace Center, where Nahla Al-Arian spoke and read the following statement on behalf of Dr. Al-Arian.

" My name is Sami Al-Arian. I am a 49-year-old Palestinian, who has been living in the United States for 32 years. I’ve been persecuted and detained for the past four years because of my political beliefs and activism on behalf of the Palestinian cause.

The great Palestinian people have been victims of one of the cruelest crimes of the 20th century through no fault of their own. Unfortunately, this tragedy has continued through the 21st century as well.

Millions of Palestinians have been uprooted from the land of their ancestors while millions of others have been living under the brutal Israeli occupation for many decades.

At the heart of this appalling, systemic injustice is an exclusive and apartheid-like ideology that has exploited the suffering and persecution of European Jews.

I deeply believe that the path to enduring peace in the holy land is in the establishment of a non-sectarian, democratic, and binational state that is inclusive, where Palestinians and Israelis, Muslims, Christians, and Jews live in a pluralistic society that guarantees freedom, equality and justice for all.

Such a vision may be viewed by some as unrealistic because of the imbalance of power between the Palestinians and their occupiers. But I also firmly believe that might does not make right-- and that the just and moral Palestinian struggle, when supported by the great majority of the peoples of the world, will ultimately prevail over injustice, oppression, and military power.

On behalf of the Palestinian people, I humbly offer my deepest thanks and appreciation to the noble and courageous Norwegian people, who, among all nations, have been at the forefront in their defense of universal values: human dignity, liberty and equality. I urge you to continue your solidarity, friendship, and support of the Palestinian people in their decades-long struggle for freedom, justice and peace.

Deprived of my own freedom, and from my cell in a U.S. prison, I foresee the day when true fraternity and a bond of humanity will overcome the ugliness of exclusiveness, injustice, and occupation. When Palestinians and Israelis live side by side, celebrate their common traditions and heritage and rejoice with the peoples of the world in the spirit of universal peace and understanding."

Additionally, please offer prayers and send letters of support to Dr. Al-Arian at: